Welcome to my lounge

Enjoy any season with the Hobo film series:

to be followed by: Days of Gluten and Utopia Now

11/10/21, just got banned from fb again, on Jon Trickett's page I was addressing working class white racism and pointing out that Britain needs to change before any kind of socialist wonderland is feasible. The following image shows what I wrote and shows how 'left' wing 'working class' white racists side quickly with right wing capitalists and call in American capitalist thugs like Zuckerberg to silence me. What is 'hate speech' about the following? I am a British writer criticising my own country demanding it become a better place for the sake of everyone in it: 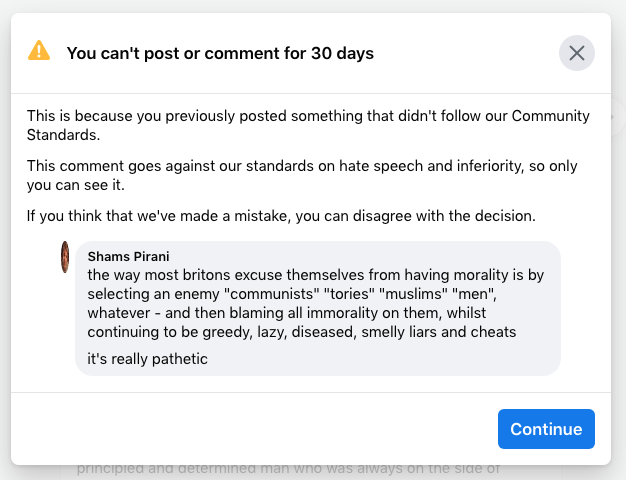 Sorry Mr Trickett, I cannot stand shoulder to shoulder with your party and the so-called 'northern working classes' you claim are 'not racist' - look at the racist fascists you speak on behalf of. Your supporters got together with American white racist capitalism and had me silenced. But this site will stand by all MPs and candidates who form a unified stand against concentrated private power.

As for you, facebook - look at that. You prove exactly what I was saying, so well - Britons, my FELLOW Britons, whom I am criticising, only have to be white, and I only have to be non white, and you will, for NO legitimate reason, claim my democratic and responsible statement is 'hate speech' - responding to a statement in which I complain that British people rather than criticising themselves smear and silence their critics, Britons called upon you to ban me and you did. How can my point be any clearer? As for the Britons who agree with me, this is for their benefit: https://www.youtube.com/watch?v=dV3AziKTBUo

Compare that to what happens when you report a white racist who rudely labels all Palestinians paedophiles, randomly, while insulting Corbyn: 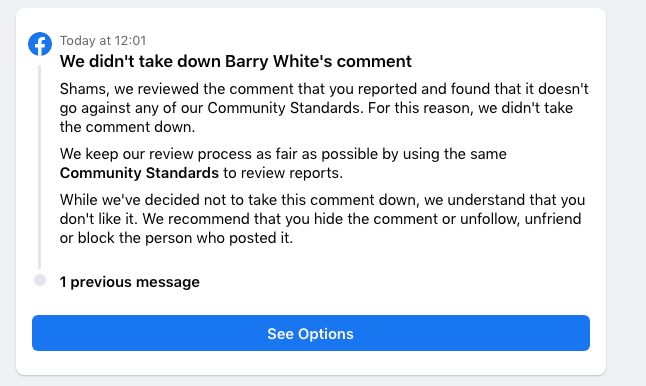 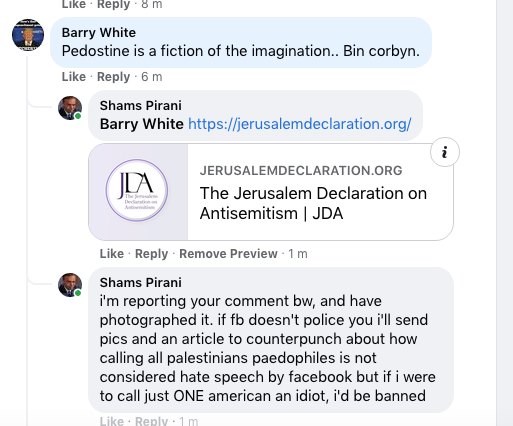 http://1.tvhobo.com/ When the longterm and the present collide it is too late to reverse the problems which in the initial present are seen as 'longterm' risk/problems.

http://3.tvhobo.com/ When 200 of the world's leading academic authorities on the subject of antisemitism and related studies, all of them Jewish and the majority Israeli, come together to produce such a document as the Jerusalem Declaration on Antisemitism then it becomes much more awkward to label these people antisemites. This is the reason the media aren't covering its contents. Despite their obsessive coverage on the topic of antisemitism the BBC hasn't run a single article about the JDA.

http://4.tvhobo.com/ What Corbyn and his followers want.

http://6.tvhobo.com/ The advertising industry, its profits, the capitalist ideology and the harm it does to the true nature of people (and life on earth).

http://7.tvhobo.com/ White Racial Preference - the scourge of trying to get a job or trying, naively, to meet people who are sincerely not treating you as beneath them if you're not non-non-white and are British.

http://8.tvhobo.com/ Chomsky on "the future of capitalism".

http://10.tvhobo.com/ If David Amess could go back in time.